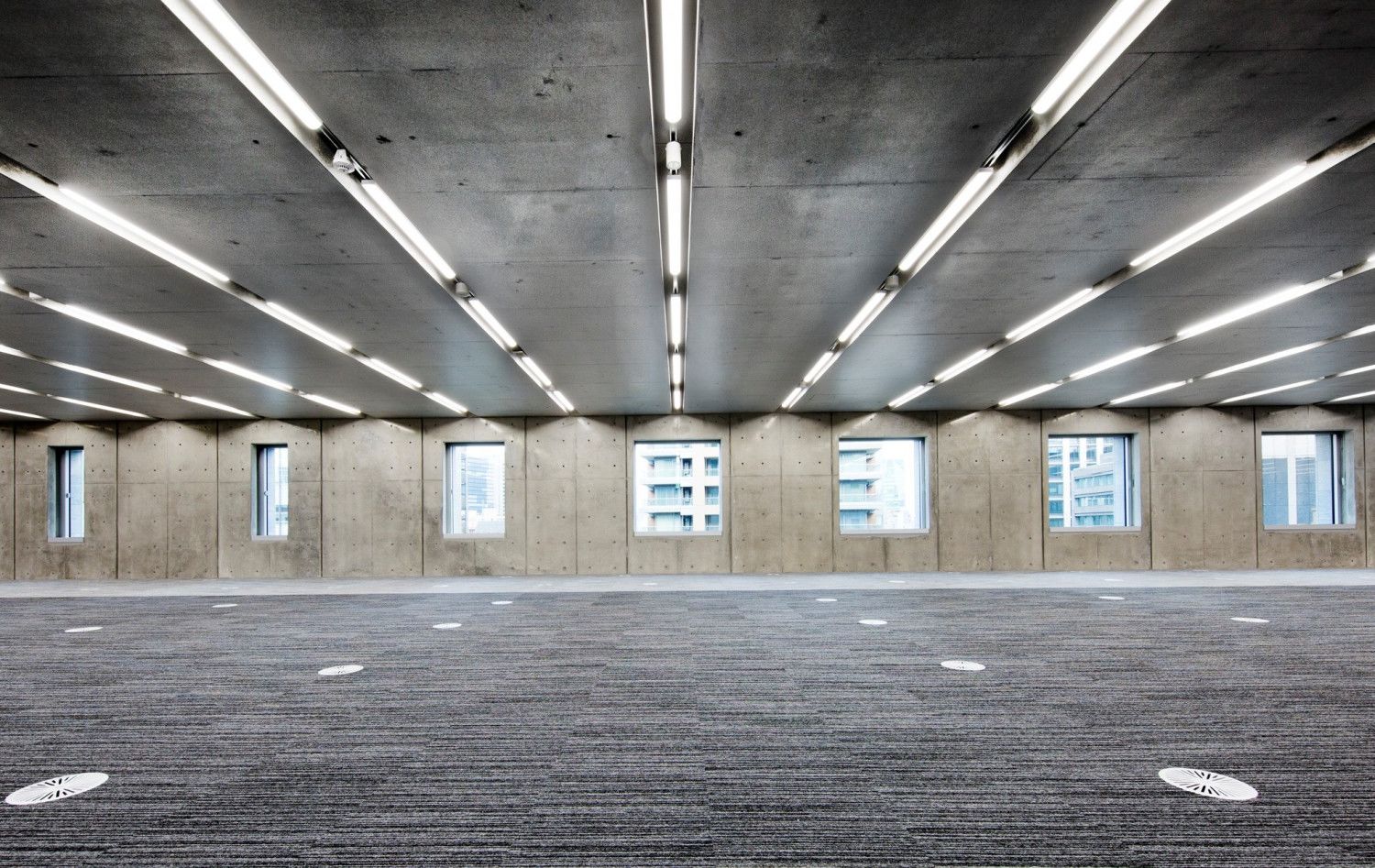 Nikken Sekkei recently completed the Shogakukan Building in Tokyo where the facade openings were optimised using Karamba3d. All text by Nikken Sekkei.

Located in the central part of Tokyo, Shogakukan Building is an office building serving as the headquarters for one of the major publishing companies in Japan. The 12 storey building includes two penthouse levels as well as three basement levels. It has a total floor area of approximately 18,000 m2. The main structure is a combination of steel and reinforced concrete (above ground) and reinforced concrete forming the basement structure. While most of the upper levels serve as office space, it also hosts large studios, mechanical parking facilities, and entries to an adjoining subway station in the lower storeys and basement levels. To ensure serviceability as well as security/safety in a seismic country such as Japan, the building introduces a seismic isolation layer between the ground floor and basement level. This is achieved by means of a set-back at the lower floors, which provides space for the anti-seismic devices to function when activated.

The upper office floor has approximately 15 m x 70 m rectangular column-free working spaces aligned to the main façade. As large glass openings were not required for the main facade, a shear wall was integrated into the façade element allowing for a reduction on heat load of the working space, and at the same time providing a robust structure that is able to withstand earthquakes and improve seismic isolation performance.

Karamba3d was utilized at the beginning of the design phase in 2013. The intent was to find out how varying aperture sized openings affected the structural performance of the shear wall. Several configurations were tested to compare different sized aperture openings that maintained the wall’s structural performance against horizontal forces. To simulate this, studies were undertaken with the height and number of apertures as a fixed variable, and the widths as an active variable.

After several analyses with Karamba3d and the optimization tool Galapagos in Grasshopper, it was found that the best performing pattern for the structure was the one with wider aperture sizes in the upper-central area which became narrower as it moved toward the corners of the shear wall. The raw results directly from Grasshopper had a large range of varying widths. This was then rationalized by engineers and architects who had rearranged the aperture widths into three module widths. The final result was then transferred into a global structural analysis program.

This project showcased an example of how Nikken Sekkei formulated an architectural design, integrating all facets of our expertise in both architectural and engineering services. Karamba3d was applied successfully in this project, aiding the architects and engineers to communicate and work efficiently, and concluded in providing a suitable solution for the client.

Photo © Harunori Noda [Gankosha]
We use cookies to ensure that we give you the best experience on our website. If you continue to use this site we will assume that you are happy with it.OkPrivacy policy