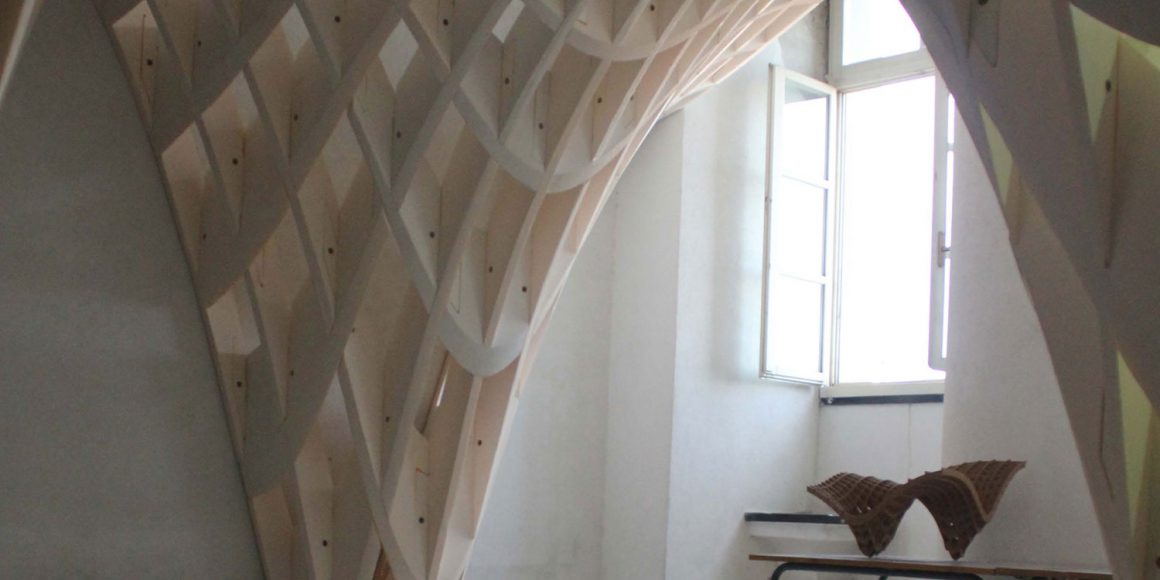 Pietro Odaglia, in collaboration with Matteo Rossi, has completed a pavilion out of CNC milled polyurethane foam components. The investigation into materialising digitally designed morphologies into tangible realities has lead the team to design the structure using Grasshopper3d and Kangaroo and perform structural analyses with Karamba. The entire structure covers an area of approximately 30m2 and results in 513 unique pieces. All the construction joints simple interlocking elements with no screws and nails needed for the structure. More information below:

This reflection arises from taking into consideration the various ‘forms’ in which the project must be embodied in its development, from the first sketches to its actual realisation, especially in light of the possibilities brought to us by the computer science and the availability of powerful computing systems.

A project, starting from an idea or intuition, needs to be structured around many subsequent (or parallel) phases before reaching its final expression especially when talking about architecture (or projects that are supposed to be built), the possibility to seamlessly introduce in this workflow an interactive interface able to analyse the design leads to many advantages. 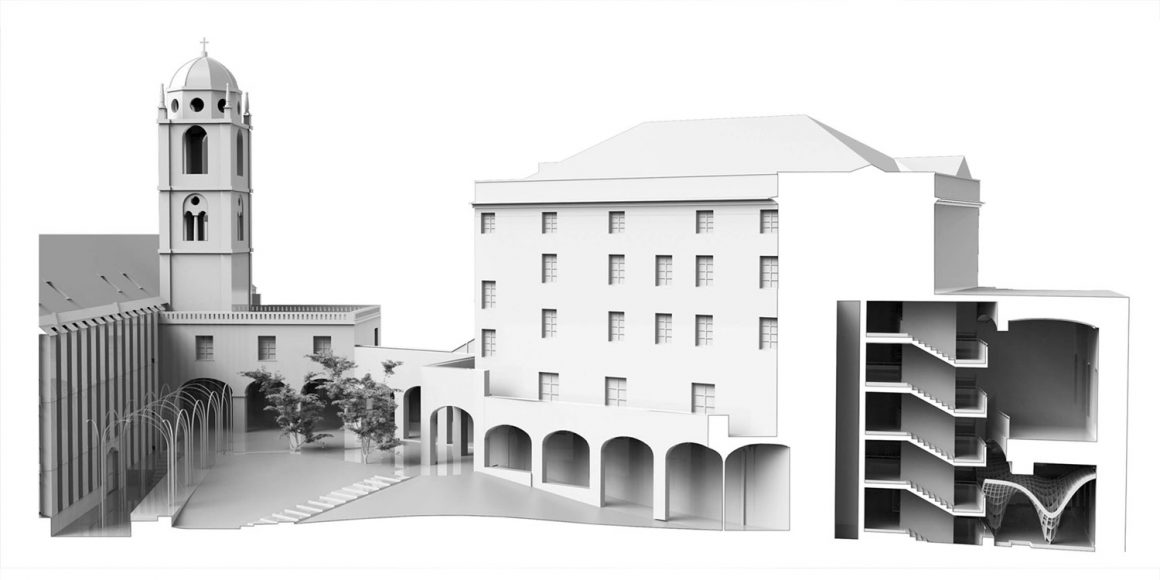 A key feature of the installation is its correspondence to the space it is inserted in: although one of its different permutations could hypothetically fit any kind of space, each result is appropriately exclusive for the area it was designed for, moreover, since the structure evolves inside the space itself until saturation, it is not possible to remove it without disassembling it. It is especially due to this strong correspondence that the project site has to be carefully measured; it is also mandatory for the fabricated constructive elements to be exactly the same size they were drawn. 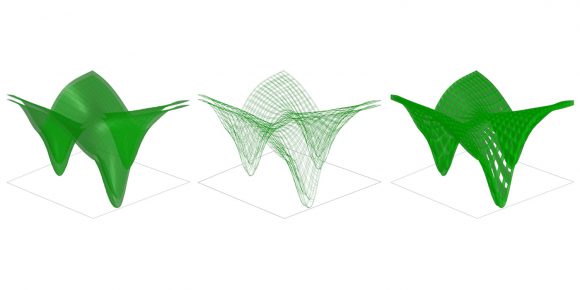 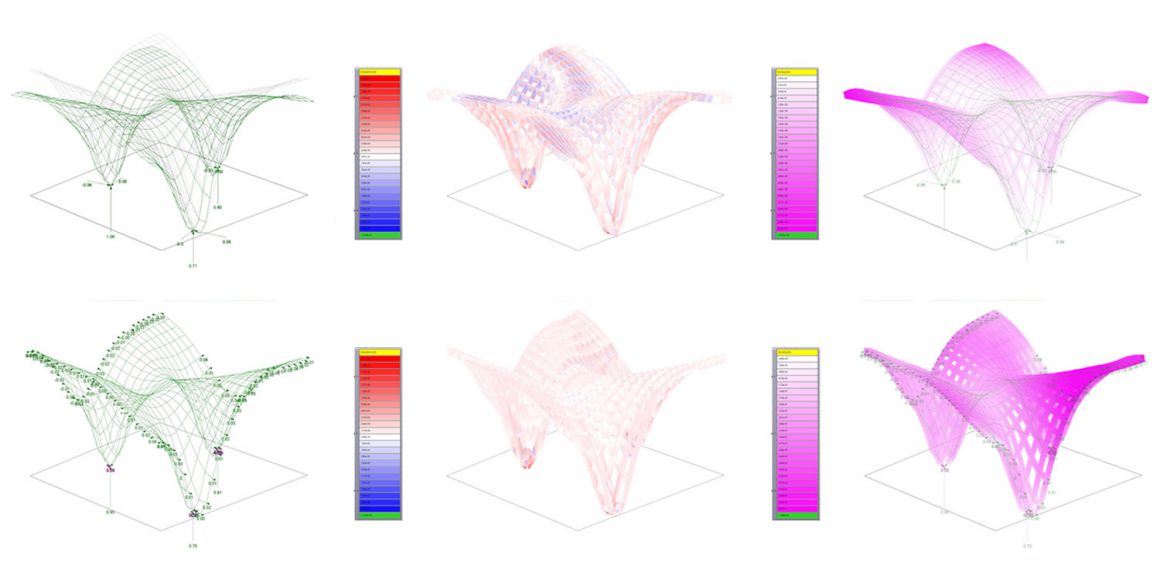 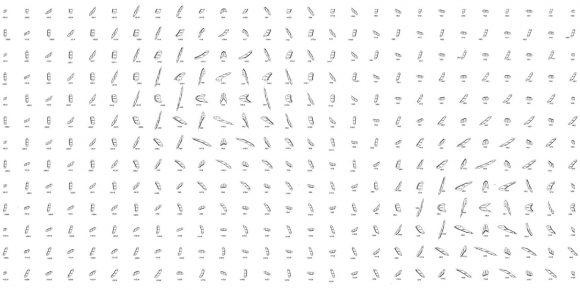 Having this parameter not met, the composite nature of this kind of project (the proposed example includes 513 unique pieces) would lead to propagation of errors which could eventually make the construction impossible to be built. By contrast, an accurate and organised approach grants the possibility to realise suggestive geometrical compositions in little time and economy. 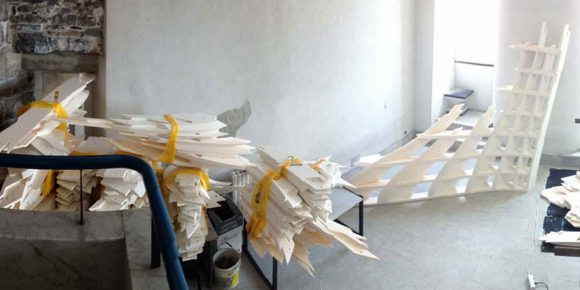 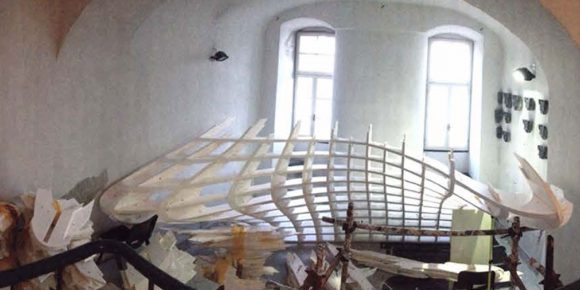 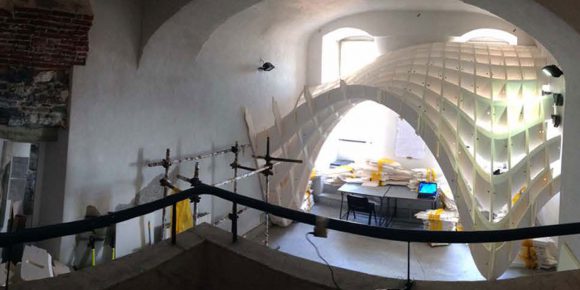 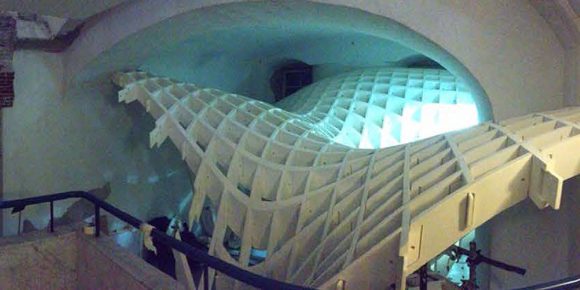 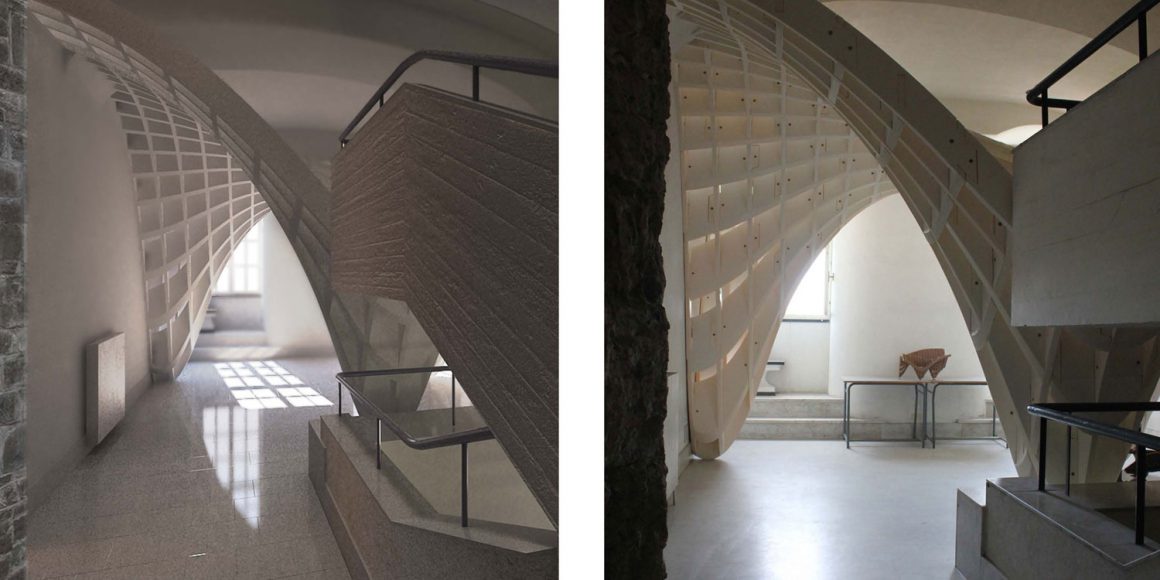 Render – Construction Comparison © Pietro Odaglia & Matteo Rossi
Ongreening Pavilion Multiple Natures – Taiwan Tower
We use cookies to ensure that we give you the best experience on our website. If you continue to use this site we will assume that you are happy with it.OkPrivacy policy