Image of the completed structure

The Magic Carpet is a project created in the Institute for Advanced Architecture of Catalonia, during the two-term seminar Mushrooms: The structural collective of a specific environment, led by Manja Van de Worp. It was developed by twenty six students of the Master in Advanced Architecture, along with IAAC faculty Raimund Krenmüller and student assistant Cesar Arroyo.

During the first term of the seminar, the students were divided in six groups, and were emerged into structural design and analysis through seminars of Karamba3D and a design competition for a wooden structure, placed in the IAAC facilities. The winning proposal of the competition, the Magic Carpet, was further analyzed and fabricated in scale 1:1 during the second term. During that term, the students were divided in six new groups, each focusing on a different aspect of the final structure (design, global structural analysis, global structural physical model, 1:1 fabrication, connection to existing structure and documentation-installation).

All text and images from IAAC. See the project presentation.

Utilization and Deformation of the structure 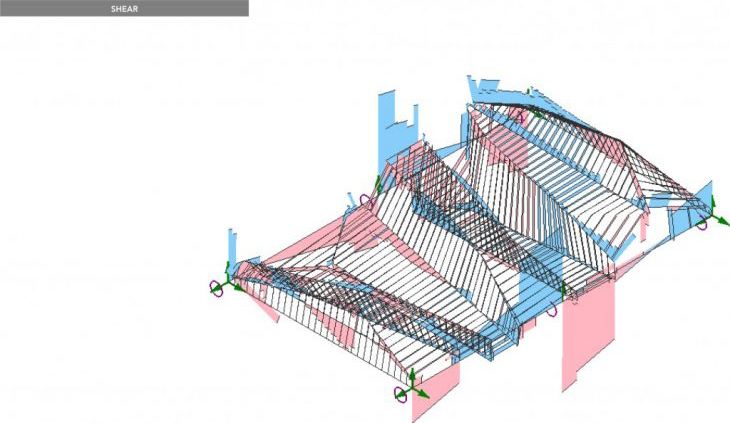 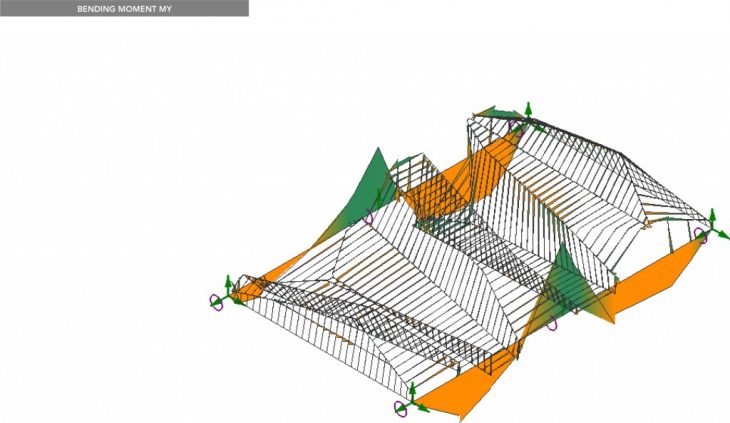 Shear Forces and Bending Moment Forces (My) in the structure 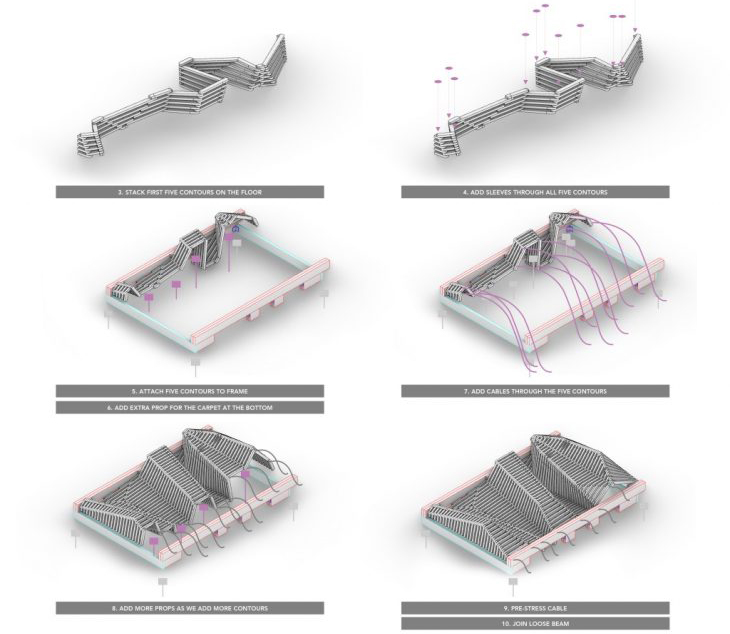 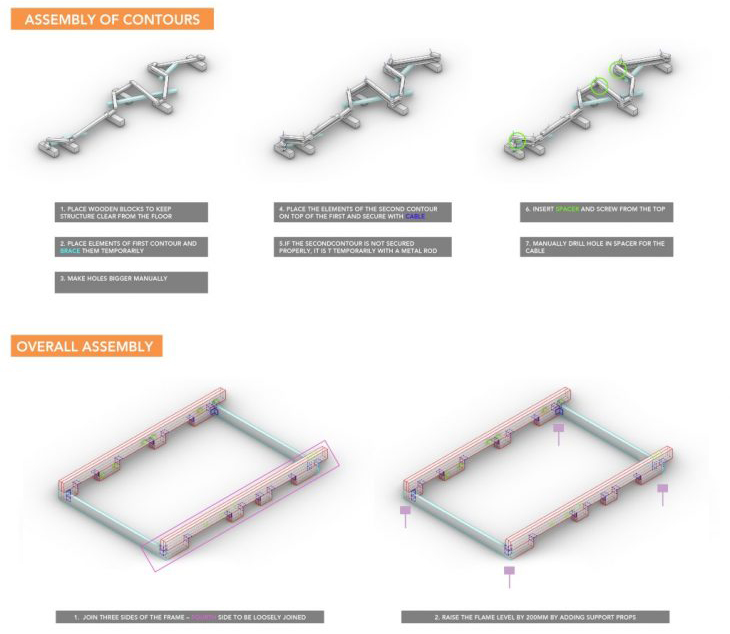 Construction process of the structure 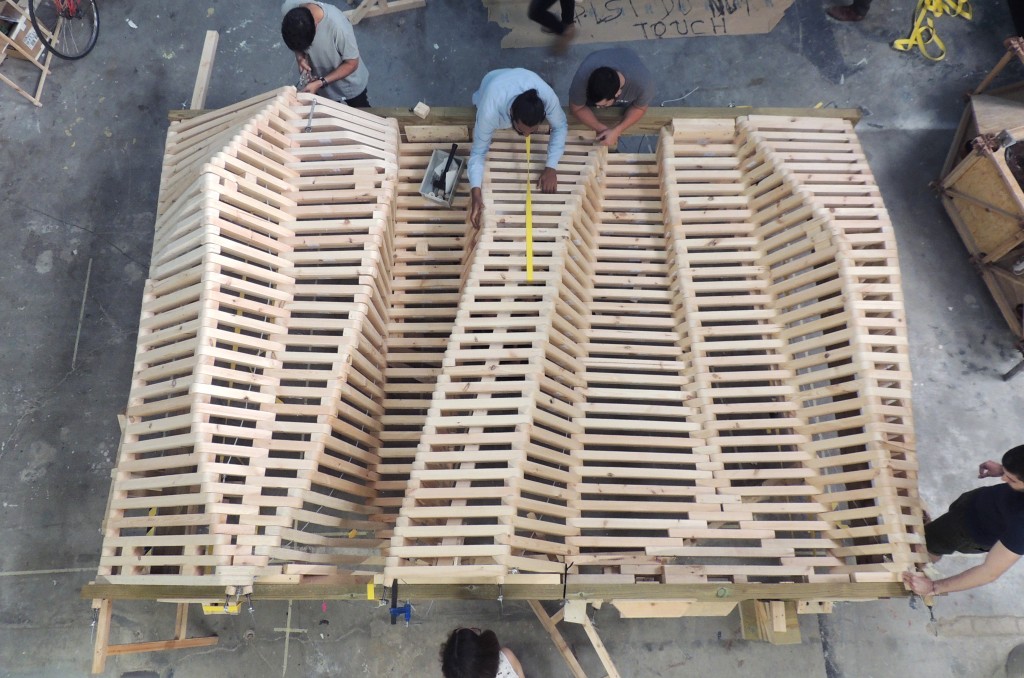 Vierendeel House Algorithmic Structures
We use cookies to ensure that we give you the best experience on our website. If you continue to use this site we will assume that you are happy with it.OkPrivacy policy