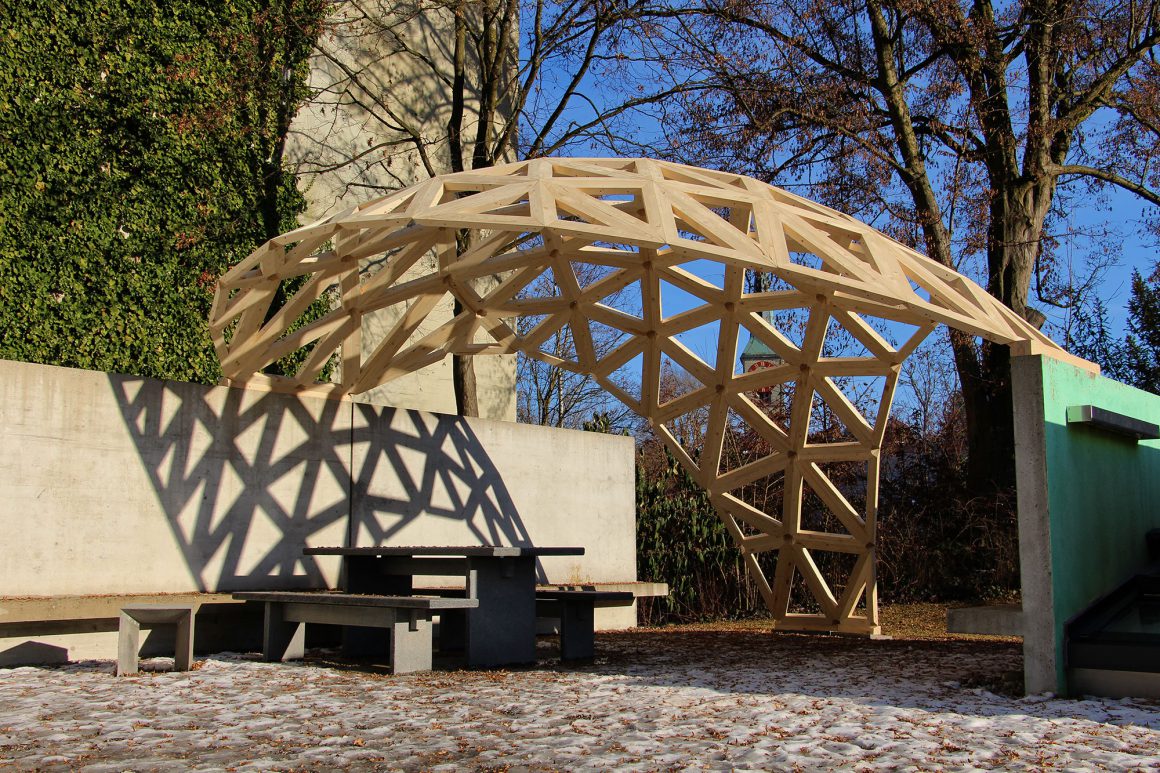 Miro Bannwart has recently completed a research pavilion at the University of Applied Sciences (BFH/AHB) in Bern, Switzerland. The pavilion is constructed of 297 CNC milled timber planar members, sponsored by industrial partners & working with CNC experts. Karamba was key to the design process of the pavilion in establishing a structural logic while working with interactive design procedures using a Kinect motion sensor.

Text and images from Miro Bannwart:
“A great benefit of a parametric design workflow is the digital model that allows structural analysis at an early stage of the design process. The instant, accurately calculated structural analysis can be used to redesign the shape to get a relaxed force flow. This enables the saving of material and therefore building in a more ecological way.
An important point of the system is that it is not an automated gravitation-bubble creator. It is a combined system that allows full control of the edges of the pavilion to situate it in an existing context and an automated relaxing system that provides an optimized force flow.” 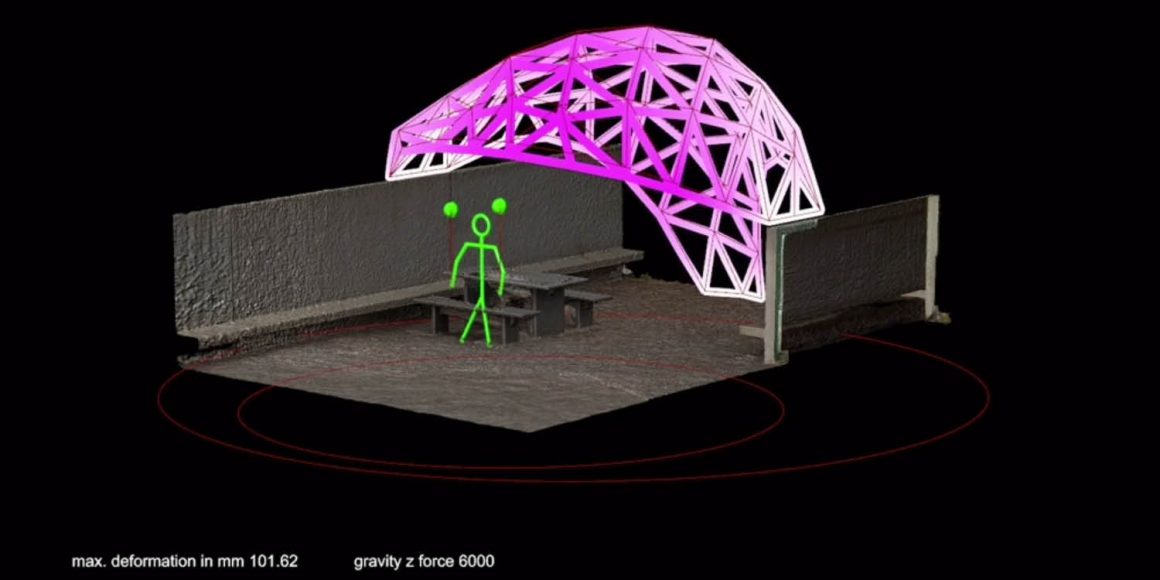 Instant structural Analysis with Karamba at an early stage of the interactive design workflow with kangaroo. 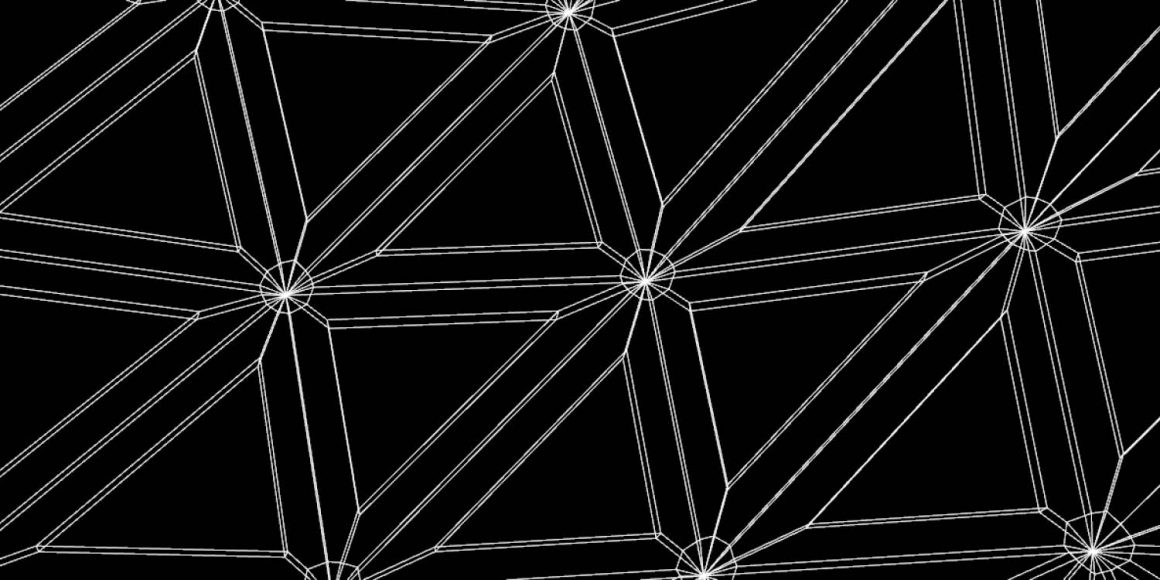 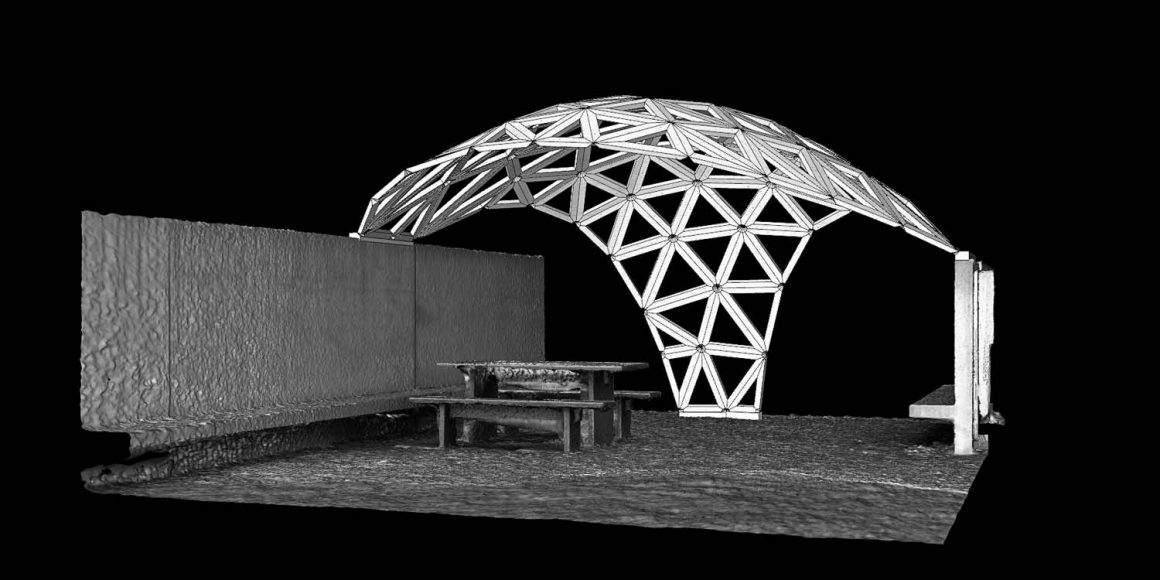 “The parameters of the pavilion edge curves and the gravitation values can be fine-tuned in Rhino/Grasshopper or can be impacted physically with moves of your body which are recognized by a Kinect sensor. Therefore the game between a gravitationally optimized shape and architectural impact can be played in an interactive way which sets the design into relation to your own human scale.” 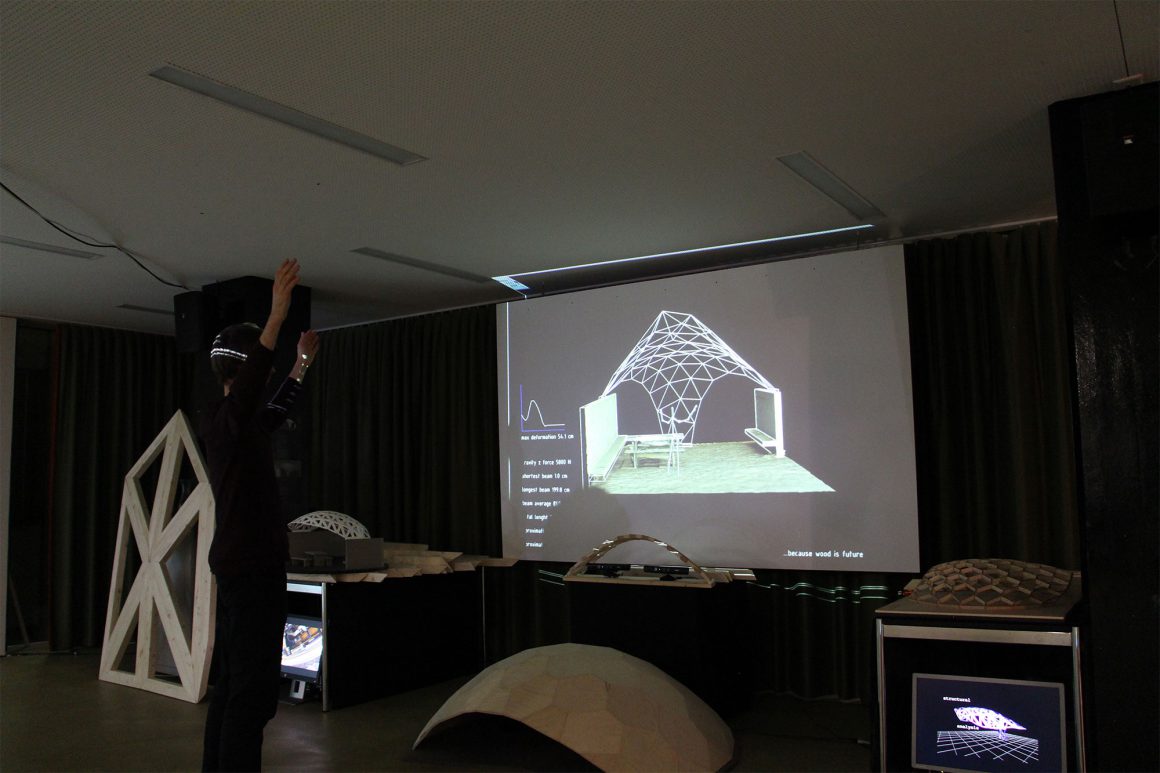 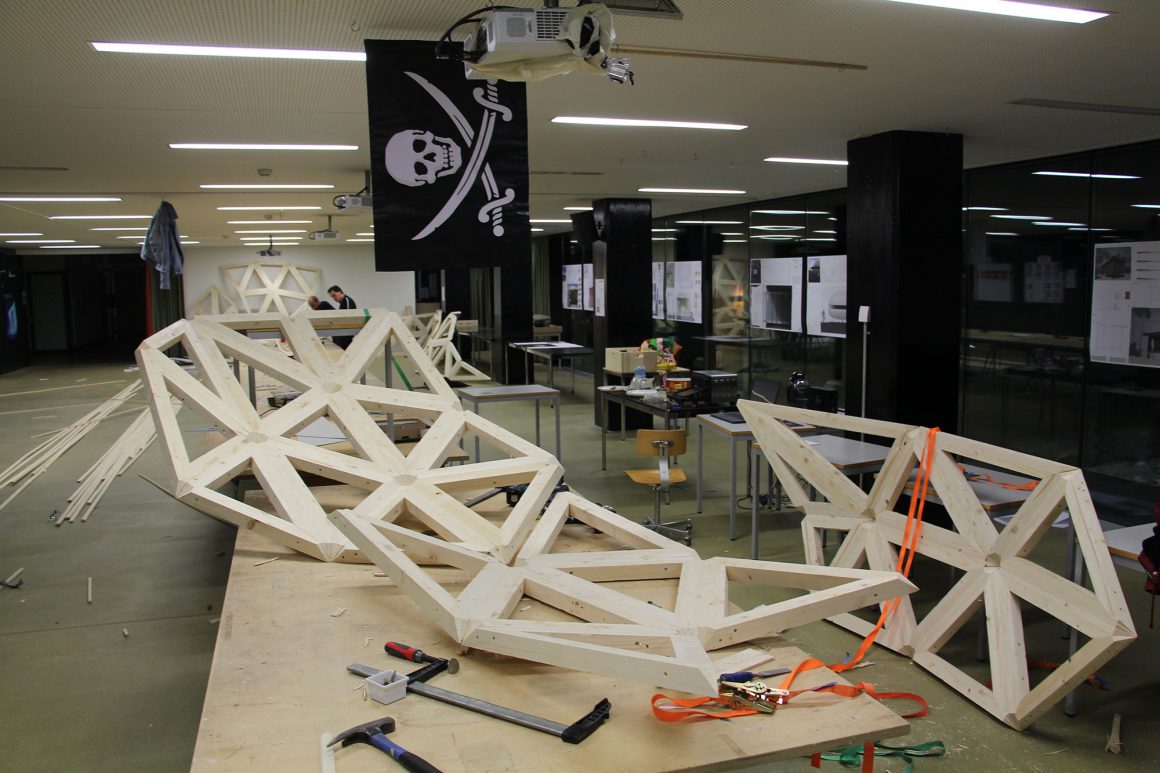 “The target was to develop a method to get beams that only consist of planar faces, are parallel and all share the same dimension. If all sides of a beam should be planar, the thickness of the beam is defined and more than three triangle planes meet at one point, then, the downsides of the beams cannot meet in one point. The consequence was to cut out the extremely complex part of the node. The result is a strongly abstracted and therefore relatively easy CNC-saw-fabricable beam which can populate any double curved concave and convex shape. To be 100% sure that the beam calculating method provides correct results 3d-prints of each of the 297 beams at a scale of one to ten provided the perfect control method.” 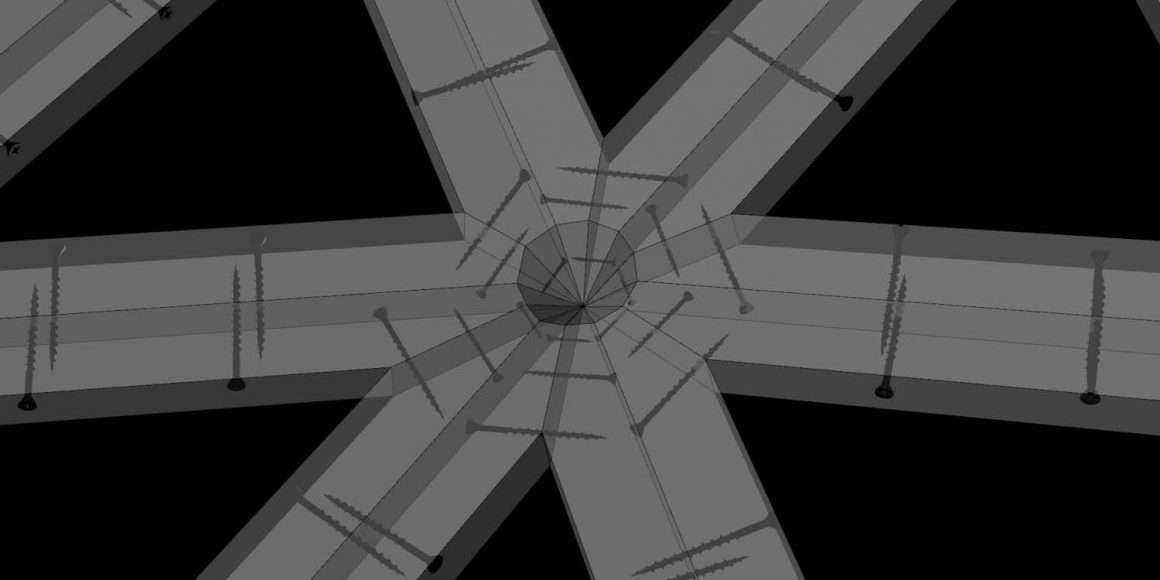 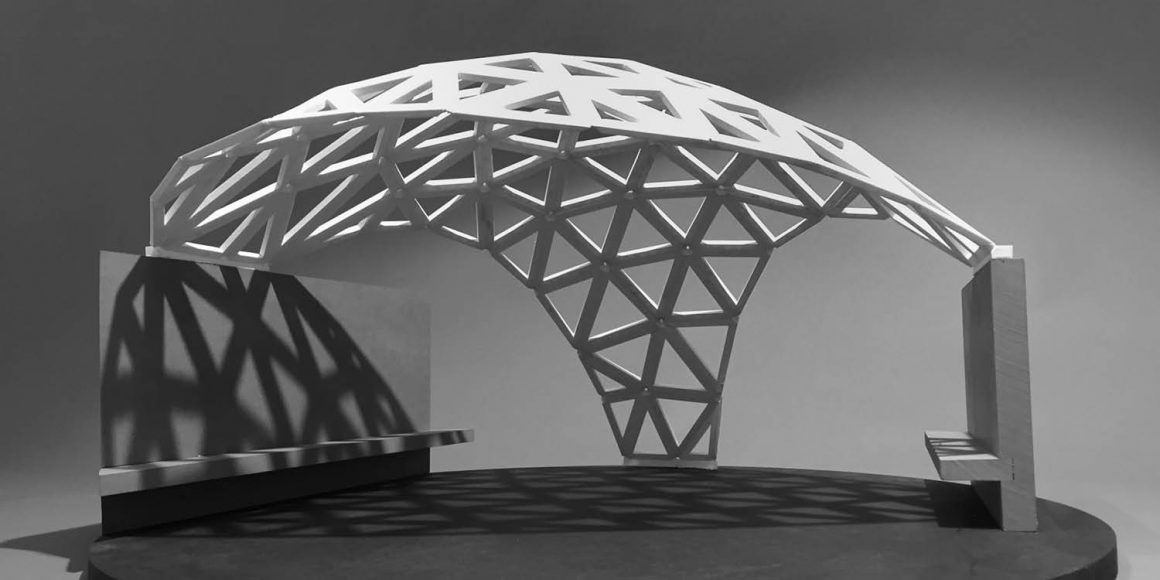 “The assembly worked fine: we had to adjust the pieces with clamps, in a manner as we had estimated. With four carpenters and one student to document, we had 5 hours to complete the assembly. The inaccuracy of the final structure is less than one centimeter. I’m positively surprised about the stability, which is evident as all five assemblers are sitting on the top of the cupola without any problem.
If I pull down on the longer right part of the front bow, the more bent left part of the front bow moves up, just as the structural analysis from Karamba predicted. I assumed we reached this stability as all the screws were placed as per the design as best as possible. In the end I programmed each position of each screw to figure out a stable system.” 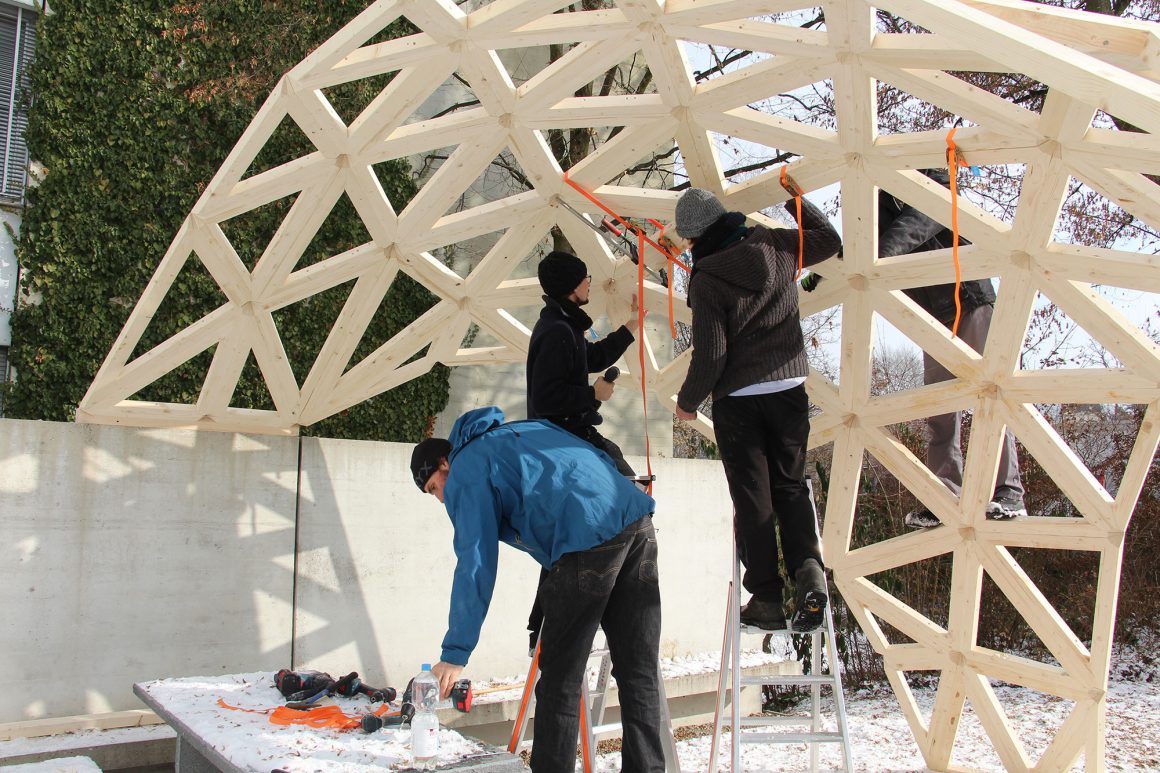 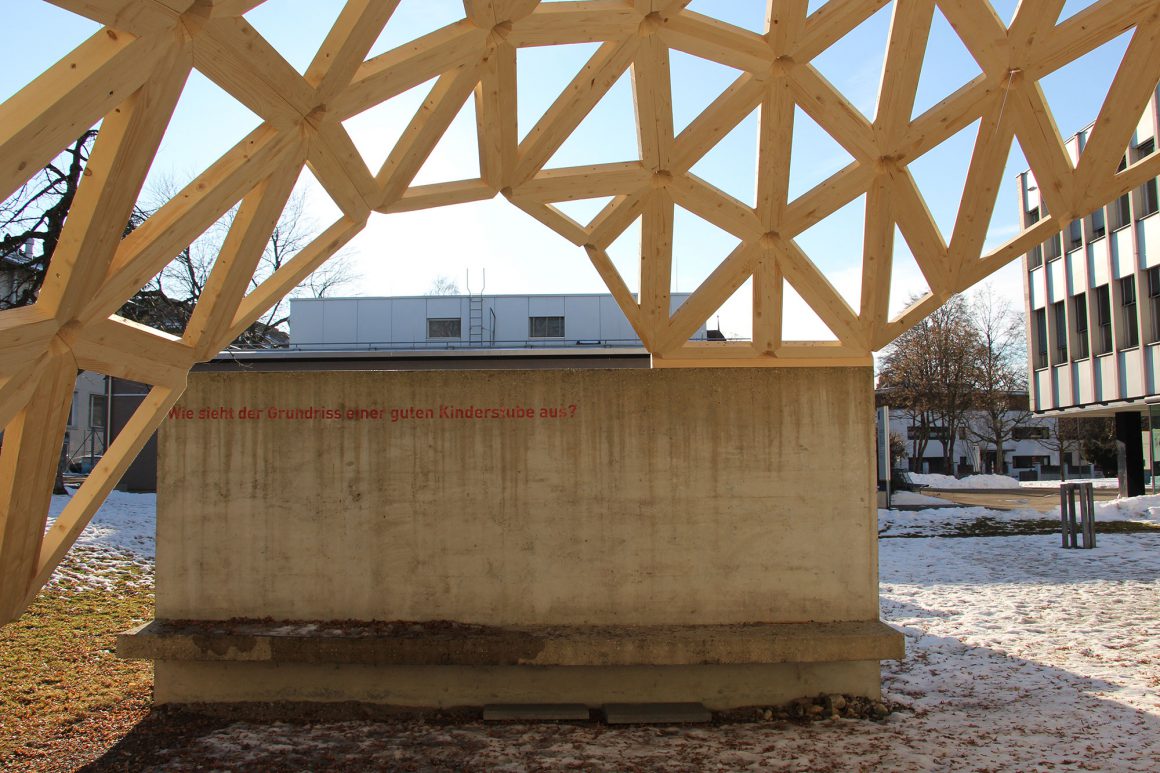 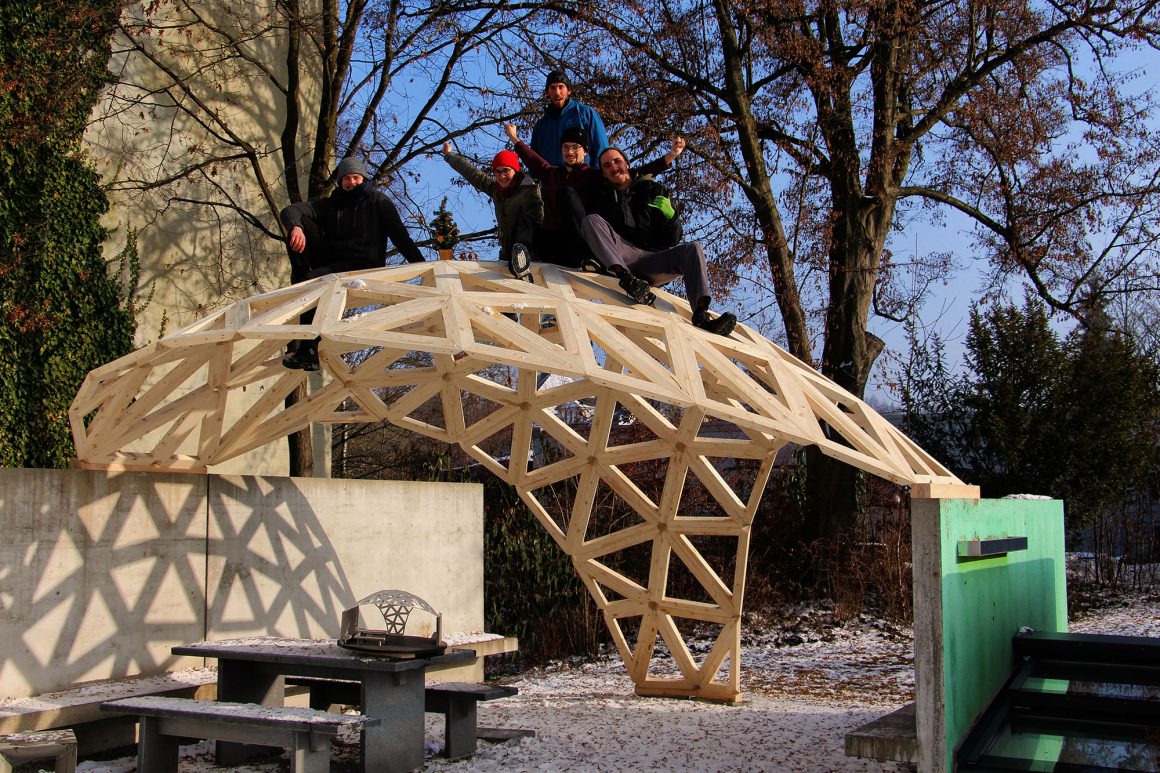 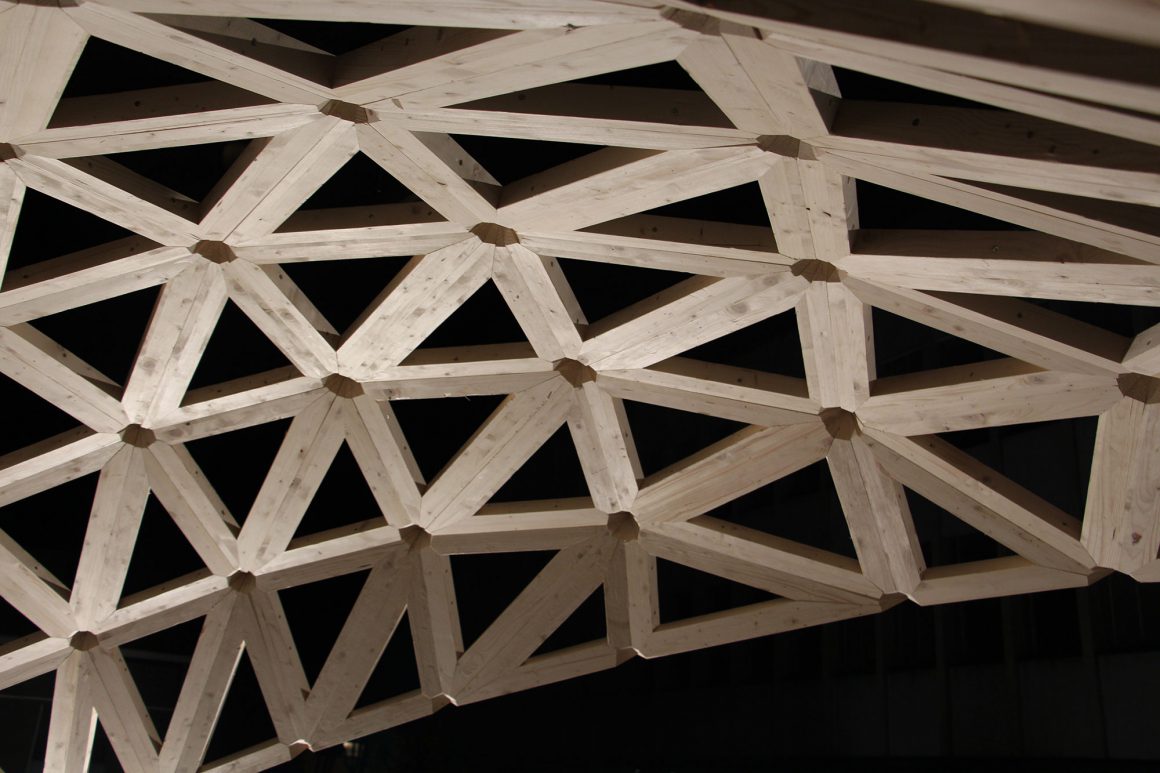 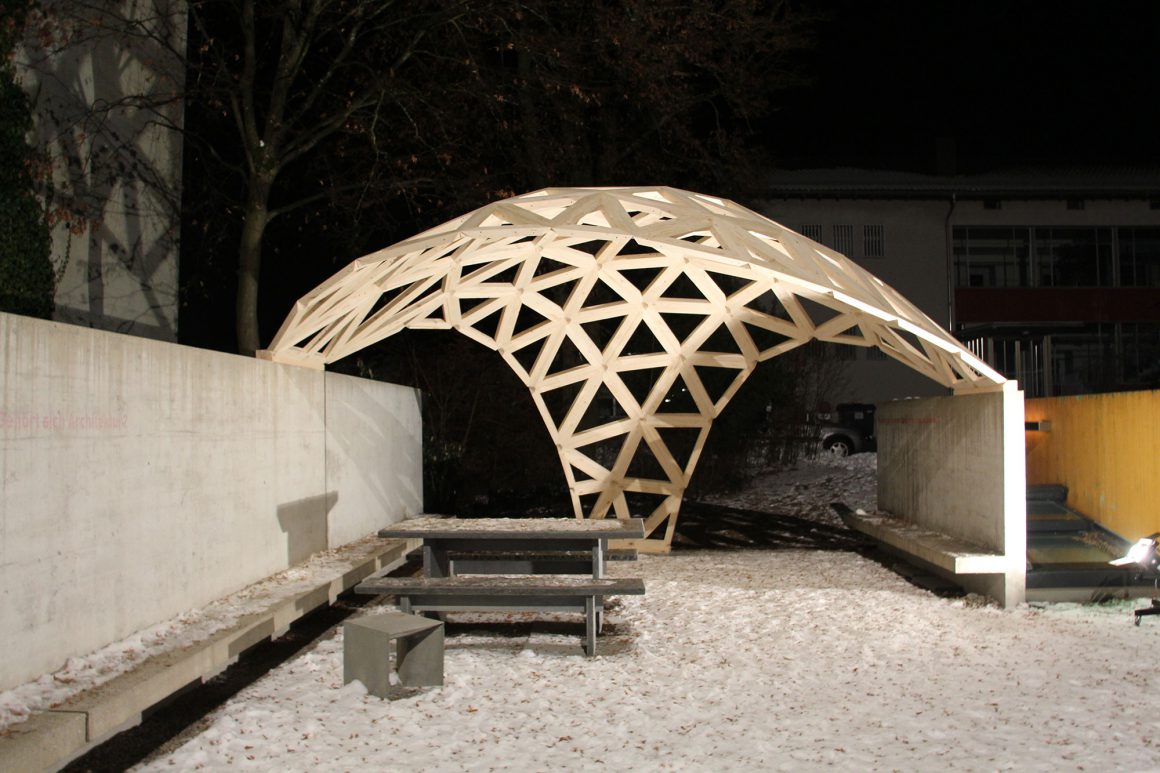 Mass Imperfections Intelligent Fabrication 2017 – Digital Bridges
We use cookies to ensure that we give you the best experience on our website. If you continue to use this site we will assume that you are happy with it.OkPrivacy policy