This intensive 4 day design/fabricate/build workshop explored digital form-finding techniques to produce a series of scaled architectural prototypes for freestanding pavilion structures. Two student teams each developed a proposal through dynamic meshrelaxation processes to simulate the formation of a tensioned membrane structure. A series of mesh panelization protocols were used to test various structural patterns which were materialized as rigid tessellated skin assemblies. Finally, protocols for automating the unrolling, naming, and nesting of components for cutting were implemented. 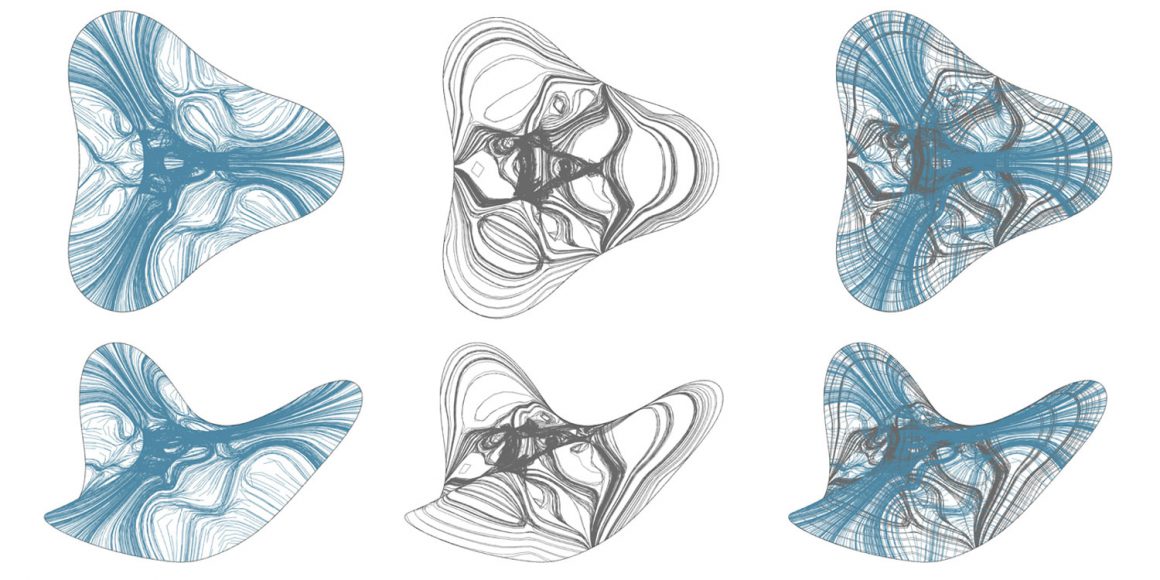 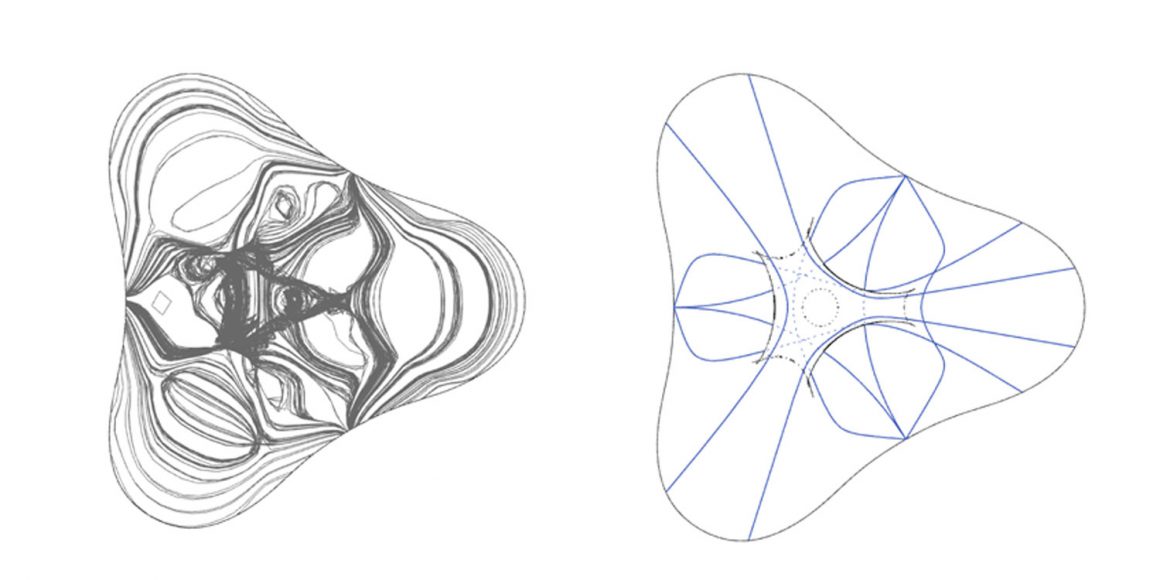 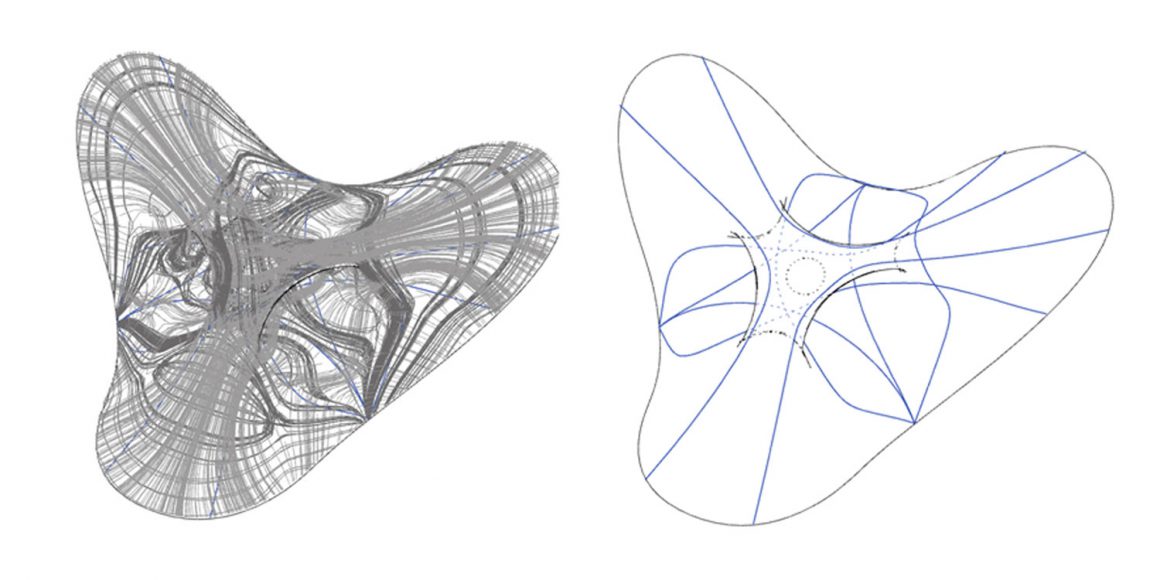 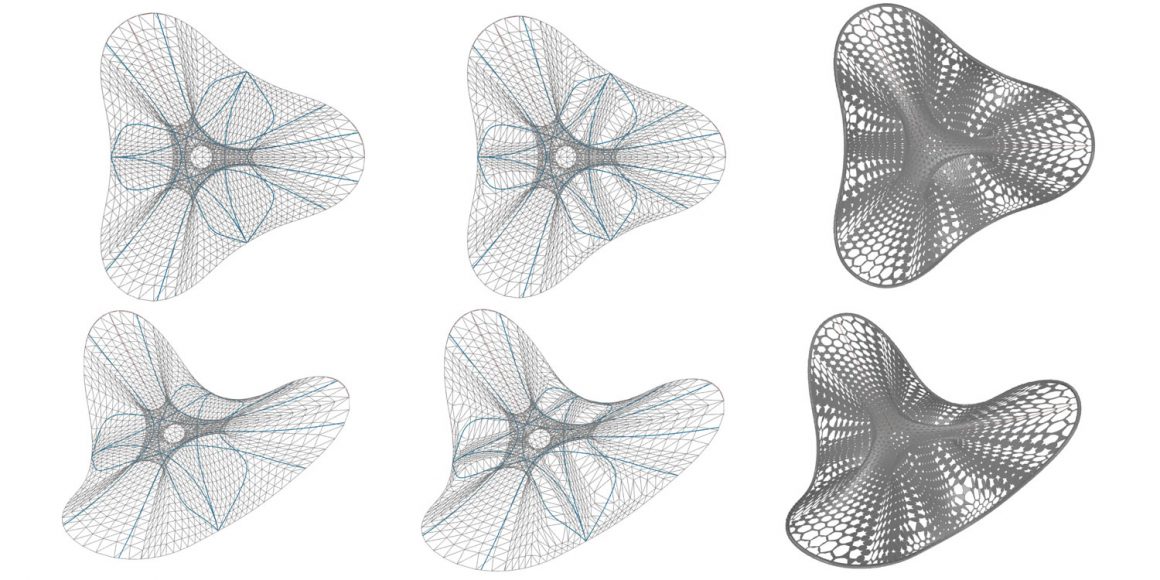 Controlling the Mesh Tesselation according to Principle Stress lines & defining the Shape of the Component by Using Stress Lines as Attractor Curves. 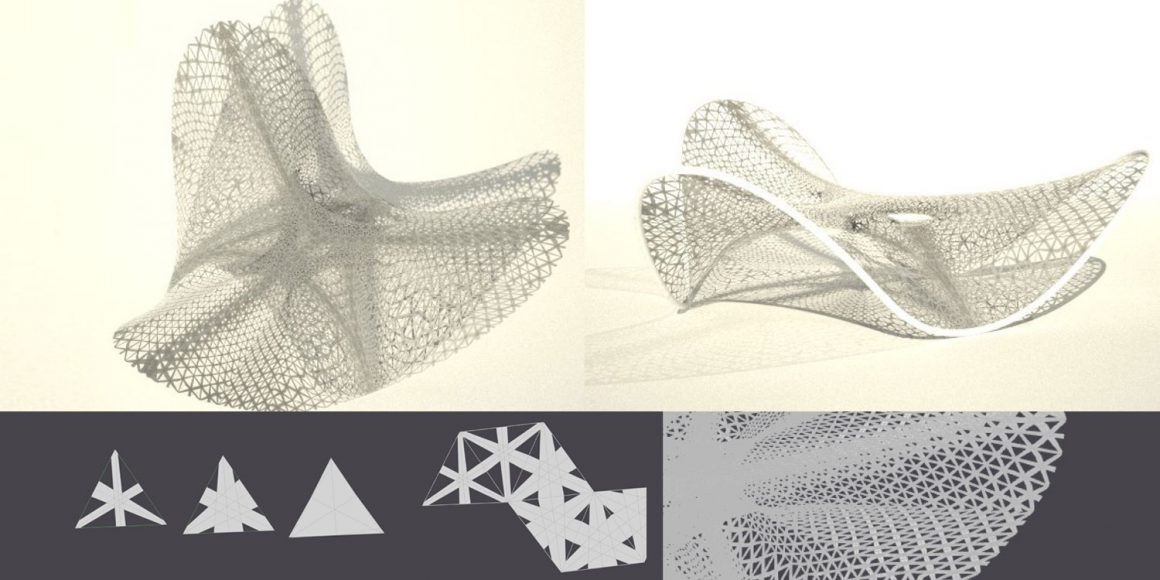 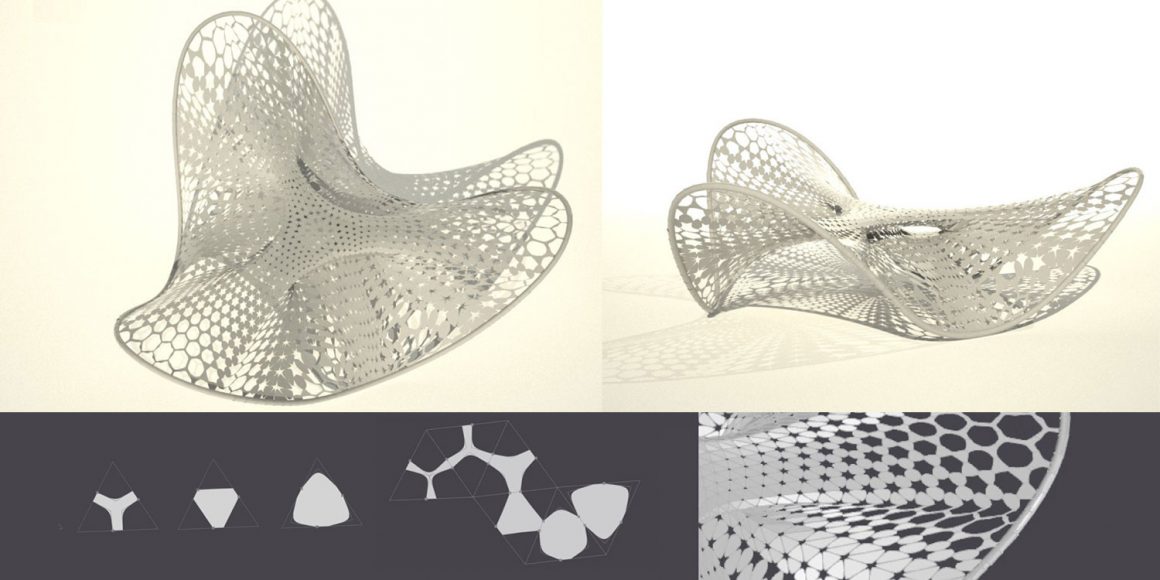 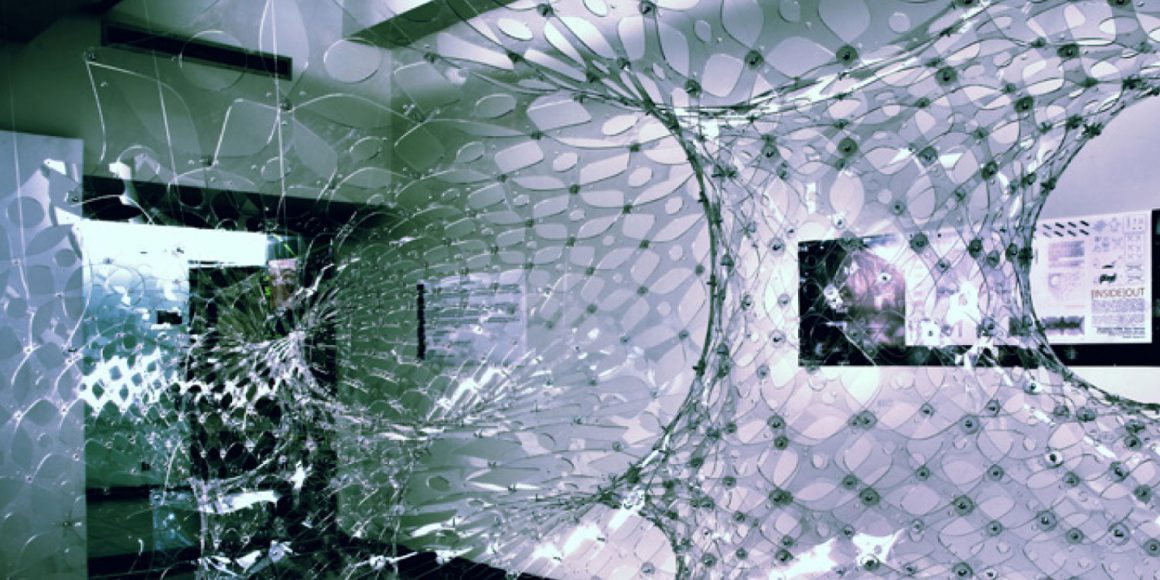 How Virtual Becomes Real in Gridshell Design IAAC – Experimental Structures
We use cookies to ensure that we give you the best experience on our website. If you continue to use this site we will assume that you are happy with it.OkPrivacy policy