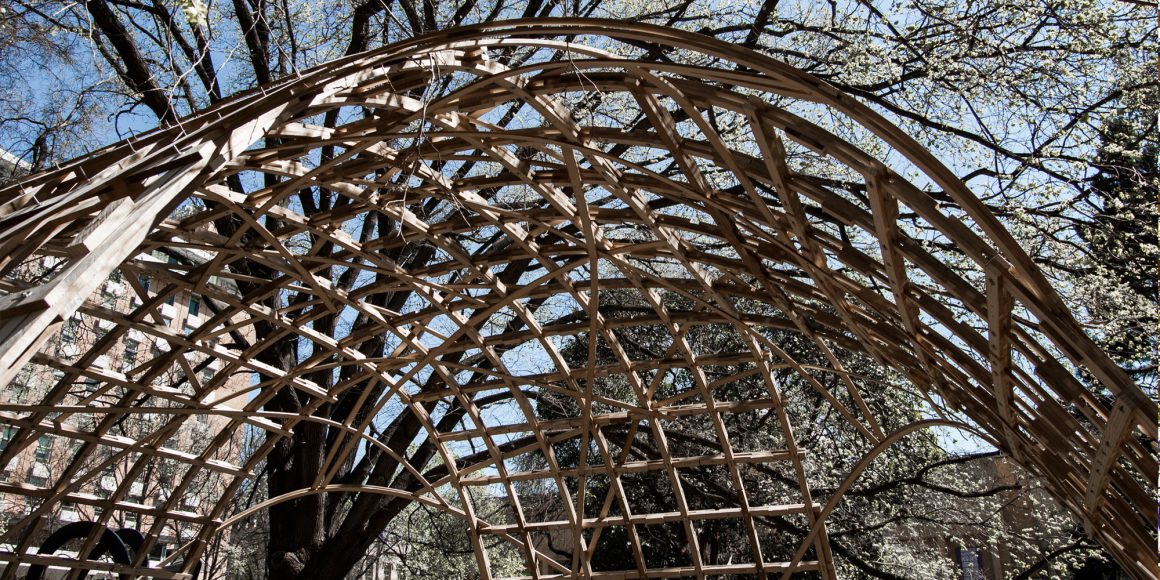 A group of Master’s students at the Melbourne School of Design has recently completed the construction of the first Accoya post-formed gridshell in Australia. This activity took place between September 23 and October 5, at the Parkville Campus, in Melbourne, as part of the intensive subject “Issues in Technology”.

MSD’s approach to teaching and research has always been collating architecture, digital design and building technology to experiment and produce innovation in construction.

This workshop focused upon low-tech building techniques and self-construction. In details, the Accoya gridshell was erected in three stages. First, a flat grid of timber laths was assembled on ground, from prefabricated moduli. Second, the structure was bent and lifted up to its final height taking advantage of an ancient Greek tool: the tackle. With this method, the flat grid was forced to take a shell form by means of only 4 men’s strength. Third, the gridshell was stabilised through diagonal bracing and a simple footing system.

A great team of 16 students constructed the Accoya gridshell in an impressive timeframe of only 5 days.